This weekend my hubs ran his second half marathon. He and his friend, do it for "fun". Which I totally don't understand. I would not run 13.1 miles for fun, but hey whatev. I'm just not wired that way I guess. 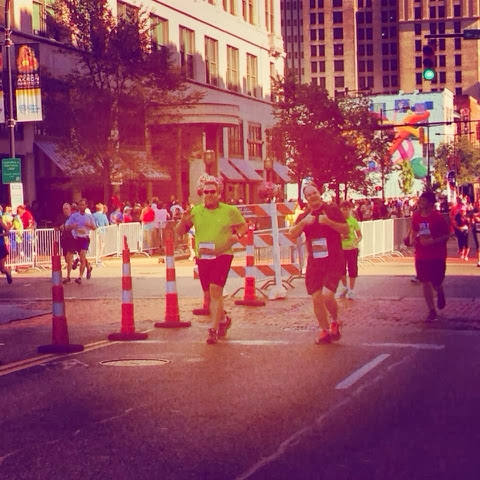 That's my hubs on the right with the goody thumbs up pose :)
My moms birthday was the end of last week. We tried to make her day special, even though she was sick. Drew's favorite part was the balloon. Or the "ba" as he calls it. 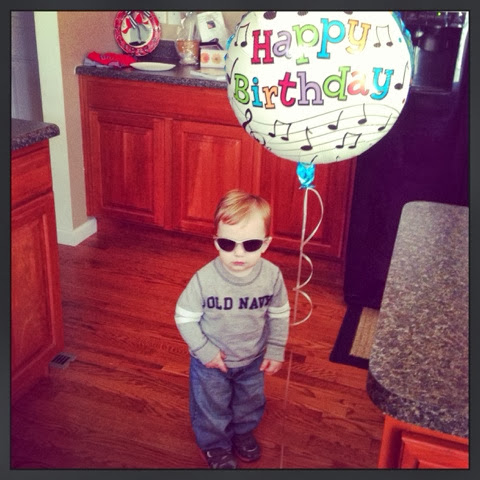 On Friday, he took a tumble into the tv stand in the playroom. I thought I was going to have a heart attack. It was awful. I may have cried more than he did! 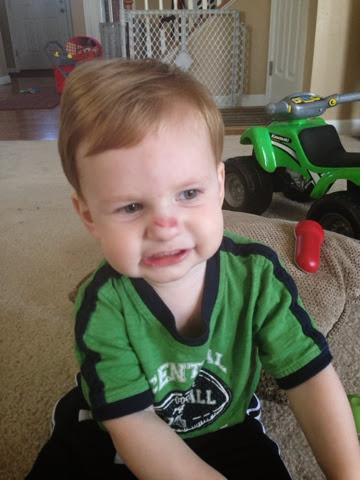 He looks much better today, thank goodness!! And I need a picture of Cole on here just for good measure! He was pretending he was Papa, drinking coffee. 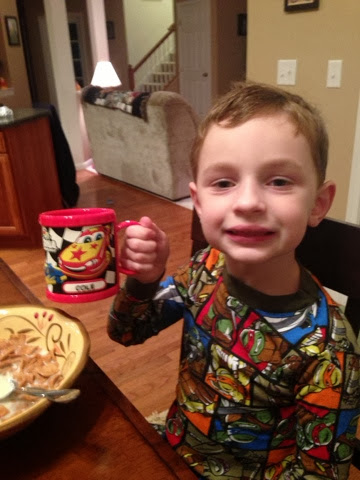 Lifestyle change update: today is day 20. I've lost about 8 pounds. But today was weigh in day, and I have lost nothing in a week! Not happy! This is why I hate the scale! I may break up with it again for a while. I feel like I'm losing, but when I saw that number this morning, I immediately get discouraged. I'll give it one more chance, and if it doesn't change....it's outta here for a while!!
Happy Monday!
Posted by Kristen at 5:07 AM