Last night while my hubs was working, he sends me a fb message that says "you're really slacking on the blog" lol. He reads the weeks posts at once, and apparently last night, he didn't have much to read!

On Thursday, Drew got his first haircut! He looks so handsome and grown up! I didn't cry this time around, but it was close. I'm one of THOSE moms. I'm completely ok with that! My hubs had to work, so my parents went with me. My dad had to hold Drew. He was not about to sit in the chair by himself. So high maintenance. I have no idea where he gets that! 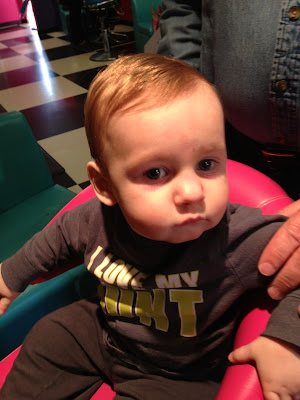 On Saturday, we celebrated Cole's 4th birthday! It's official, my baby is 4! We had a party at my parents lake house!! It was a beautiful day. We were outside the whole day! Cole was worn out, and so were his poor allergy eyes. Poor guy swells up to the size of golf balls in the spring. Can't seem to find anything that works. He's seeing an allergist soon, thank goodness. 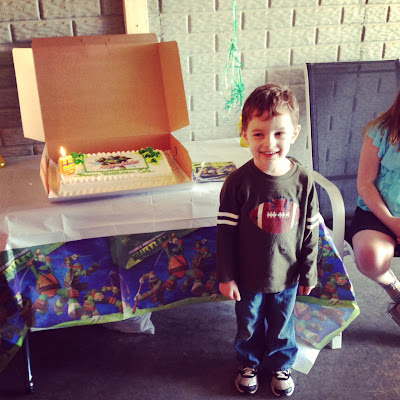 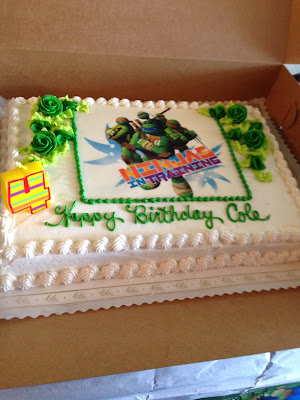 Sunday my hubs had to work again. Cole had soccer. He scored his first goal! I was a proud Mommy!! Even if he did position the ball with his hands on where he wanted to kick it! ;) I say that's just a smart way to do things! All in all, a pretty great weekend! What did you do?
Posted by Kristen at 4:54 AM