Today is Tuesday so that means yesterday was Monday....and what's on TV on Monday night?? DALLAS! My love John Ross was lookin as goooood as usual. Anyone else watch Dallas? I know it's on the same night as the Bachelor, so they probably lose a lot of viewers for that reason. But, I would watch my love any day over the bachelor! :) 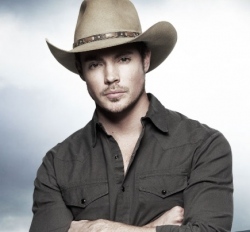 Wow, just take a minute and look at him. LoL. Alright, Alright. The show was of course good last night! I don't think I've ever seen a "bad" episoide. Anne got a little crazy! Dallas is the only show I watch that is NOT a reality show! My parents own an oil and gas company and drill oil wells so maybe that is where the obsession with this show comes from? But really, I think it's just John Ross. Anyway....I guess I'll move on.

On to my Pity Party:

I started my weightloss jounrey 6 weeks ago. Since then I have only lost about 8 pounds. I'm super frustrated. I've changed things up, started just counting calories instead of doing Weight Watchers, trying to increase water intake, changing up workouts...and still feel like I'm not getting anywhere. It SUCKS! I've never had this problem before. If I wanted to drop weight before, I did it. No problem. Now, it's like I am stuck at a plateau after only 8 pounds. That is NOT. COOL.  I'm not one of those girls who gets on fb and writes things like "just did 5 miles on the treadmill" or "I've lost 20 pounds" blah blah blah. I don't post about that stuff.....that's kinda why I have a blog! ha. I don't put my blog on fb, because there are just certain people I don't want seeing what I write. Does that make sense? I don't want to have to sensor what I write about, or worry about who may see it and get offended. But, my biggest reason for not posting on fb, is the stuff I write about losing weight. I feel like sharing this stuff with others that are going through it with me....are the ones I want to read it. Not the girls on fb who lost 5 pounds, and hit their goal weight! AHHHH! Seriously, talk to me in 20 years when you have 50 pounds to lose, lol. 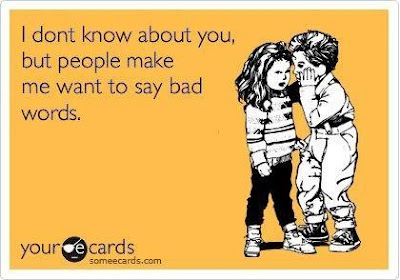 ﻿
﻿
It took me a long time to get really ticked off about the weight I put on. Actually, I wasn't really "Ready" until 6 weeks ago, and unfortunately the damage had already been done! Now that it's not coming off at the speed I was counting on, and really messing with my time line.....it's also really messing with my head! It's frustrating, and it's hard not to give up.....something has got to give here! The more I read about everyones success....the more pissed I become! I realize that is not the way to be.....but c'mon, everyone feels that way when they are having a hard time, they just don't admit it. This is how I feel after last night, and now today. I feel like a blimp! I have water issues, I'm pretty sure. Some days I feel fine.....other days I feel like I've eaten enough for 10 people....when I did nothing different! I'm thinking I need to look into that. My clothes fit fine yesterday, and today...not so much. Anyone else ever have issues with this?

I try to make it a point to make my fb posts positive, as well as my blog posts.....but sometimes I gotta use my blog to lay it all out there! I get that no one wants to be a "negative nancy" but that's the reality kids. Sometimes we are just feeling like a "negative nancy". I was having a "Woe is me" night last night too! lol. My hubs had been at work for 36 hours and was stuck on another call because the roads were bad, and people were having acccidents, left and right. So he was gone even longer. All I wanted to do was sit down, but I still had 2 kids to put to bed, bottles to wash, lunches to pack, and the house to clean up. (although I did get 30 min in on the treadmill) I just kept thinking,..ugh I wish my hubs had a "normal" job. But then I thought about my cousin whose hubs is deployed for 6 months....and I suddenly wanted to slap myself across the face! The pity party stopped there. 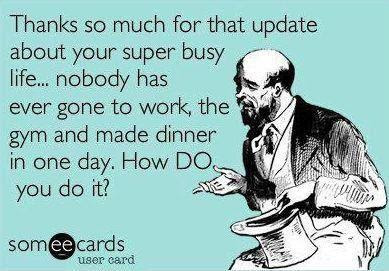 After that, I got my big butt up and moving, finished what I needed to do, put the kids to bed, and laid down to watch my love John Ross. Sometimes I'm my own worst enemy! So.......on to trying to find the poisitive in this weightloss mess. Today is another day, right?﻿
﻿
﻿
Posted by Kristen at 6:27 AM