Last Thursday I started Weight Watchers. I have been on it before but never really followed it. So this time...I have high hopes. The first week I lost 5 pounds. I'm sure it was 5 pounds of water because I have done nothing but pee!! good though right? I have stepped up the water drinking though, I always drink it....I'm just now drinking MORE of it. Let me tell ya....IT WORKS! Holly you were right!! Thanks! :)

So with only losing 5 pounds, I feel good. I feel like I can do it for once! I did well my first week, but I could have done better. Now that I know a little bit more of what I'm doing with it....I think I can do bigger and better things in week 2! But isn't it amazing the confidence your first 5 pounds gives you?? Most of you are Moms and understand that anything after 2 babies....stuff starts hanging!

I've had 2 c-sections, and after the second I swear my lower stomach was hanging to my knees! NOT ATTRACTIVE. Well just with 5 pounds and drinking TONS of water....that has tightened up a lot! I'm pleasantly surprised, and thrilled!!! It's obviously not perfect...not sure if it ever will be, but it is amazing the change in only 1 week!

I've noticed subtle changes in other places too...but that freaking giant kangaroo pouch is the biggest so far!

I'm teaching myself not to "binge" eat. I'm finally having a little respect for myself, and not giving in and just saying "well this is the way I'm always gonna be now" Nope. It's not darn it! lol.

I'm tired of feeling lazy. Gotta get moving! I want to feel productive at the end of the day. Not, like I have failed yet again. So that's my lifestyle change I' m working on. I've been cooking better, grocery shopping better, and most importantly, not eating CRAP. I haven't given everything I want up though. If I want something sweet, I have been eating it...but not the whole bag/box or whatever! JUST. ONE. That is a change for me for sure. I would hide food from my hubs so that he wouldnt know I was eating it....I would binge when he wasn't home....lots of little things like that. Now....I think long and hard before doing something stupid that I will regret 15 minutes later!

I'm not by any means saying I'm a changed person after 1 week.....but I will say that the feeling you get when you're seeing results is amazing, and it makes you want MORE. I read all these blogs each day about all you girls doing it, and I'm going to do it too!

I like myself much more at the end of the day when I haven't filled myself with junk for the past 12 hours! :)  Saw this on pinterest today...and I love it! 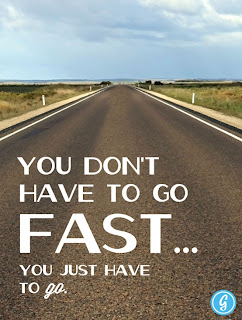 Pretty good advice for someone like me!
Have a good weekend!
Posted by Kristen at 8:57 AM